The nights are getting colder as we move to the end of November. While much of the lake is frozen for over a week now, the deeper west arm is still open for the most part, with only the shallow bays being frozen right now. All it could take is one really cold and calm night, and we would have a thick enough layer of ice to hold up to the daytime winds, and then it would be totally frozen. Give it another 2 weeks after that, and then it would be time to get the ice skates and hockey sticks out. 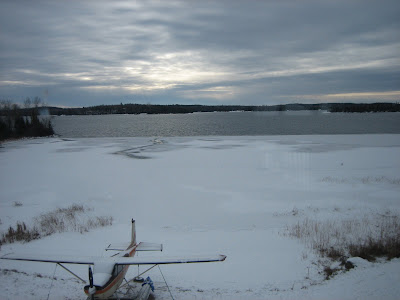